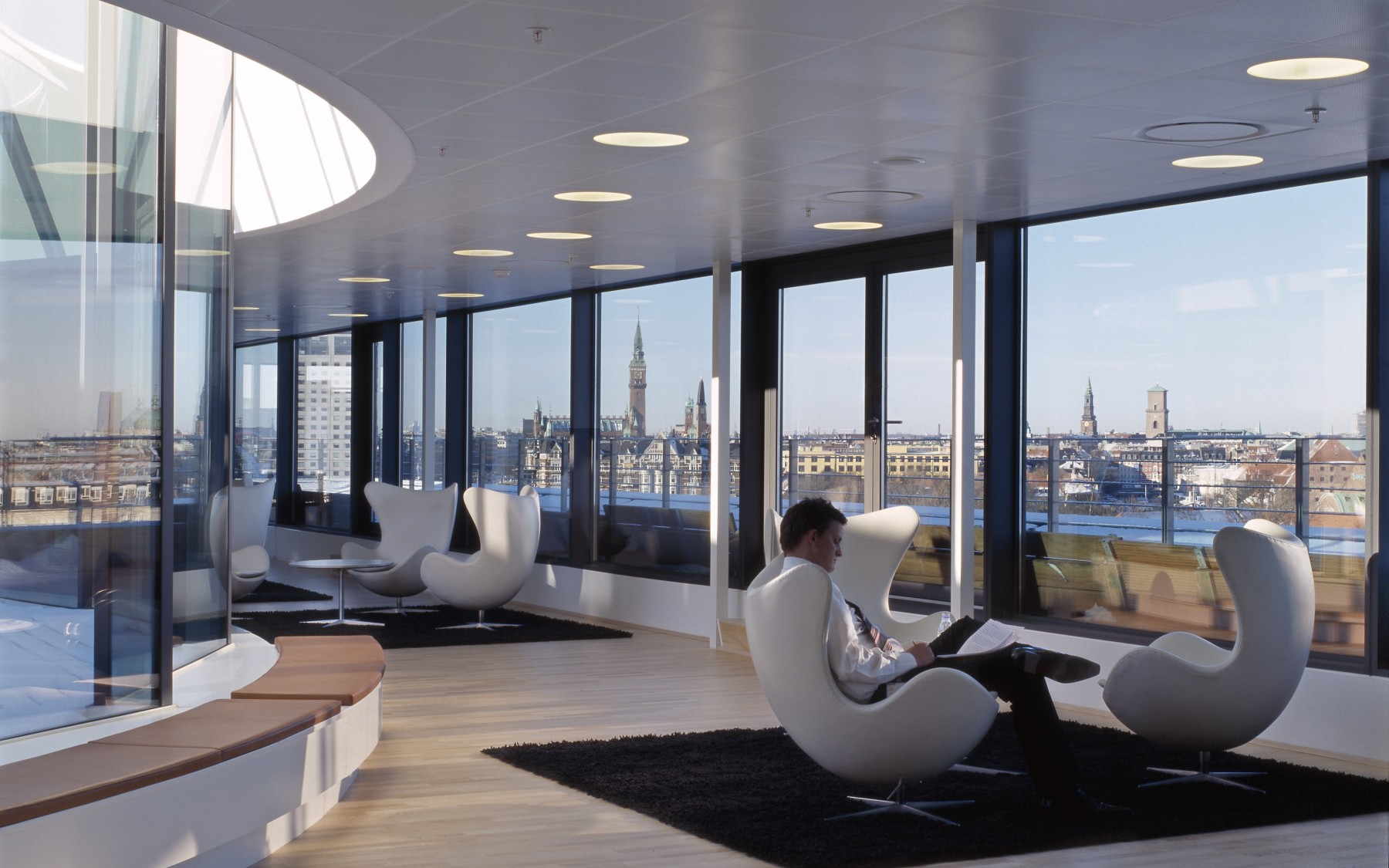 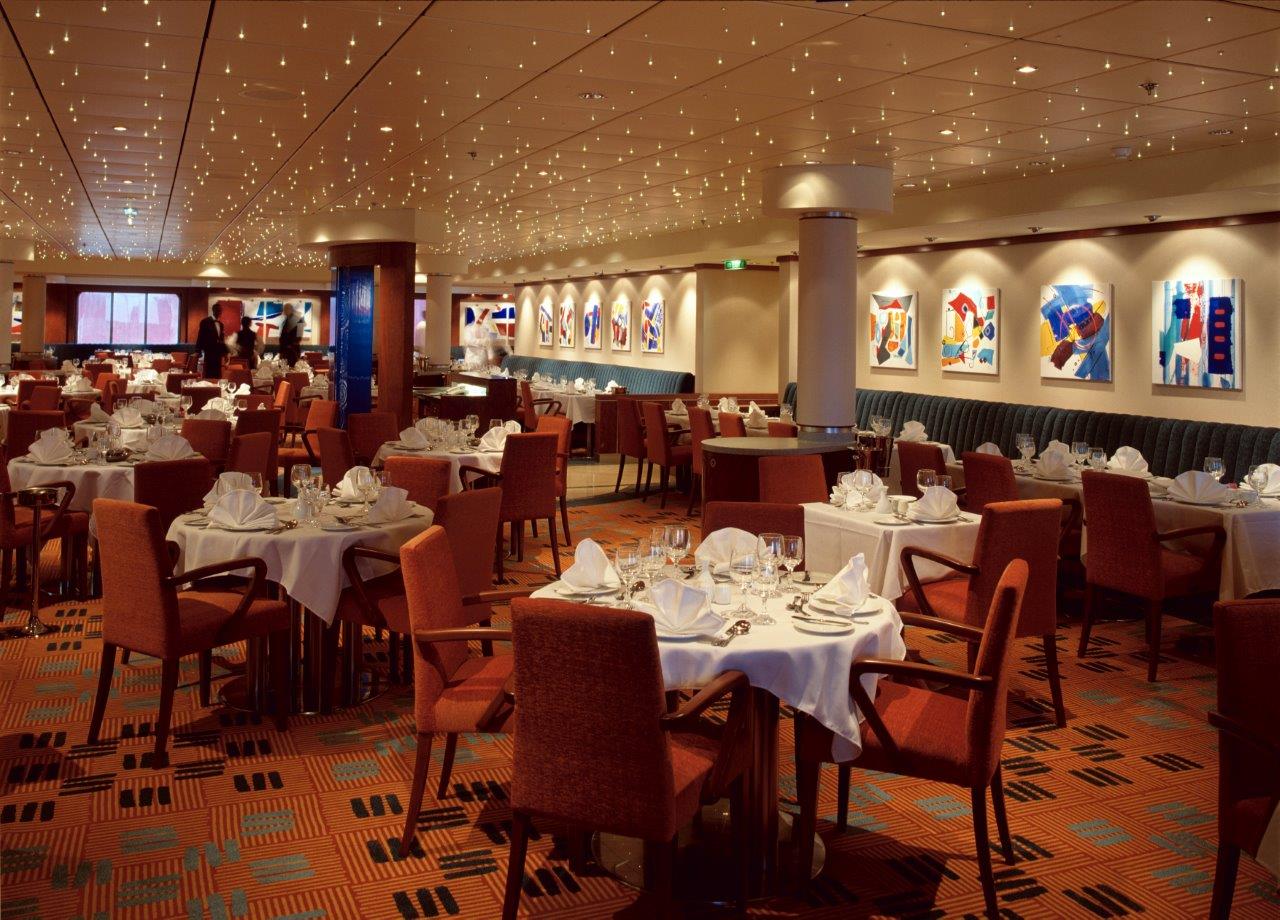 Since our foundation in 1951, the development of DAMPA has been rooted in innovation, tradition and renewal.With a constant focus on adding value to unique building designs, DAMPA has been the preferred choice for high quality suspended metal ceiling solutions both ashore and at sea.

In collaboration with acknowledged and prominent architects and designers of our time, DAMPA ceiling designs have contributed to the “Form Follows Function” tradition of Danish architecture. Architects such as Arne Jacobsen, Henning Larsen and Bjarne Ingels (BIG) have all had the pleasure of using DAMPA ceilings in their designs.

Since introducing a number of new designs in the 1970’s, DAMPA has been a world leader in the marine sector, having supplied millions of square metres of high quality fire certified ceiling solutions to leading international shipyards. 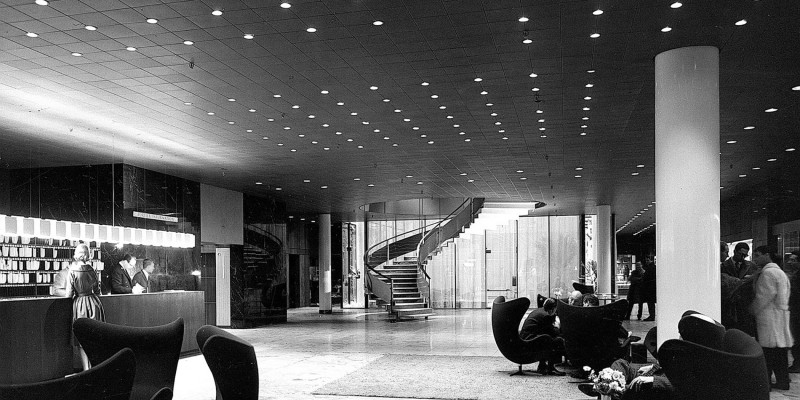 Inspired by a Swedish concept, the young engineer Jean Fischer is employed by Det Fyenske Trælastkompagni A/S, a local timber business, to continue to develop and produce wood fiber panels for sound insulation in a small, rented building in the Danish town of Skt. Klemens, Funen.

The original name, DÆMPA, is the result of a contest. The name is based on a word puzzle of the Danish words “dæmp-af”, to (sound) dampen. The cat logo and the slogan “As quiet as a cat’s footsteps” aim to communicate attributes and property of the products. The DÆMPA name was later changed to DAMPA which has a more international sound to it.

During the 50’s DAMPA develops and patents a new revolutionary non-flammable aluminium panel as a result of knowhow based on perforation and acoustics. This new product is not only non-flammable, but also easy to install, dismantle and customise in terms of forms and shapes, thereby optimizing construction efficiency rates and building costs.

This leads to the successful introduction of the world’s first perforated metal ceiling solution.

DAMPA moves to new, larger production premises in Tommerup due to a rapid rise in turnover and increased demands on production. A series of new products are developed and launched throughout the 1960’s.

The first subsidiaries in the U.K. and Germany and licensed factories in many countries are established as stages in a major growth strategy and expansion programme.

The DAMPA partner concept with local assembly of semi-finished goods is launched worldwide with great success, and today this continues to be the basis for close collaboration with DAMPA partners in many countries. 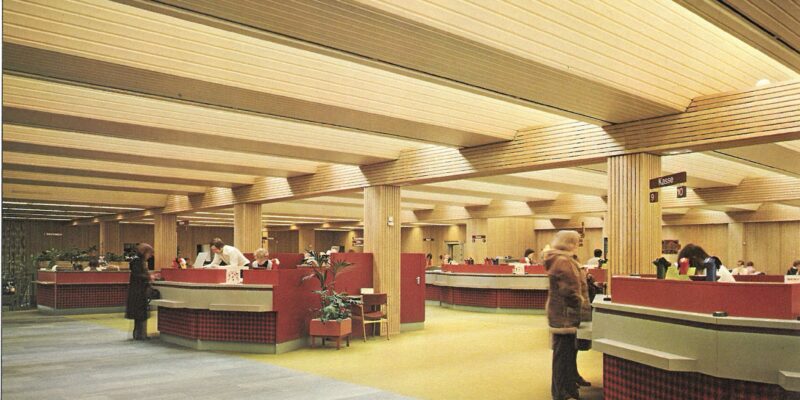 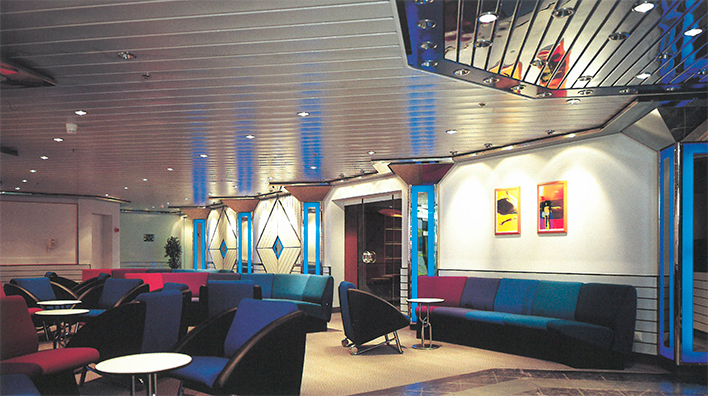 Collaboration with a Danish shipyard on product development for the marine sector is launched to meet specific demands from this new market segment.

With a fireproof ceiling speciallly designed for ships and based on a revolutionary new “continuous” principle, the first steps are taken into the international marine market, which ultimately lead to the now world leading DAMPA Marine Ceiling Systems.

A new concept for DAMPA generates a completely new marketing and product strategy. Sales become more project related, and a number of functions such as lighting and air ventilation become integral parts of DAMPA ceiling solutions. Over a period of three years DAMPA develops, in collaboration with Freudenberg, a new acoustic felt to replace mineral wool. The new felt revolutionises the ceiling industry, and DAMPA is awarded the Danish Environmental Prize.

In 1988 DAMPA wins an order for the Islamic University in Riyadh, Saudi Arabia. The order is for 250,000 m2 of ceiling tiles which is believed to be the world’s largest individual ceiling order ever.

As part of a diversification strategy a series of new business areas are developed, including alternative energy (solar heating), furniture production, partition systems and major marine turnkey projects. Subsidiaries are also set up in the USA and Canada, and joint venture agreements are entered into in Asia Pacific.

The limited success of these projects leads to a decision to concentrate on the original core business, i.e. development and production of ceiling systems in steel and aluminium for the building and marine sectors.

As part of the internationalisation of the company the name is changed to DAMPA. The new, perforated logo is designed with a clear reference to the properties of the product, replacing the familiar symbol of the cat in no less than 50 countries in a major brand image campaign. 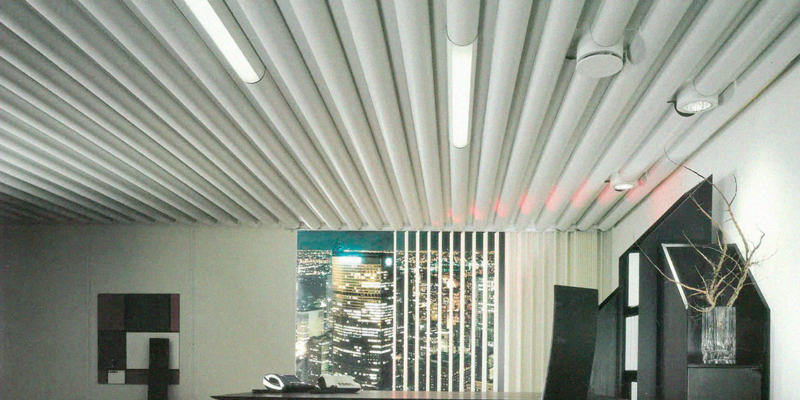 DAMPA and Van Geel Metal in the Netherlands enter into a strategic partnership, and Van Geel Groep purchases 49% of the shares in DAMPA A/S. The two companies compliment each other perfectly in terms of both products and markets.

Following the positive growth of the alliance, Van Geel Groep takes over the remaining shares in DAMPA A/S and a Ceiling Division is created, consisting of DAMPA and VAN GEEL METAL. The integration process is intensified to guarantee optimal synergy effect, and the marketing of the Ceiling Division’s products is coordinated with the launch of a new, joint logo.

After a long period focusing on the breadth of DAMPA product range, a decision is made to increase the depth, including a new design concept with acoustic felt in various colours.

Efforts are intensified in the fields of marketing and product development to combat increased international competition. The focus shifts from the individual products to the concept of total solutions, design and creativity.

In the year 2000 Chicaco Metallic fully takes over Van Geel (including DAMPA) and the new millennium is entered with the challenge of utilizing the synergy from the three companies. In Denmark the new products are introduced as part of an extended product range with great success. Another combined logo is introduced, maintaining the characteristic perforated logo and adding the Chicago Metallic name.

In 2006 all machinery from the Dutch production plant is moved to DAMPA in Denmark. Furthermore, the Dutch sales office is closed and moved to the Chicago Metallic office in Wijnegem, Belgium.

In 2008 all activities have been consolidated in DAMPA Denmark with a strengthened sales force and customer service organisation. 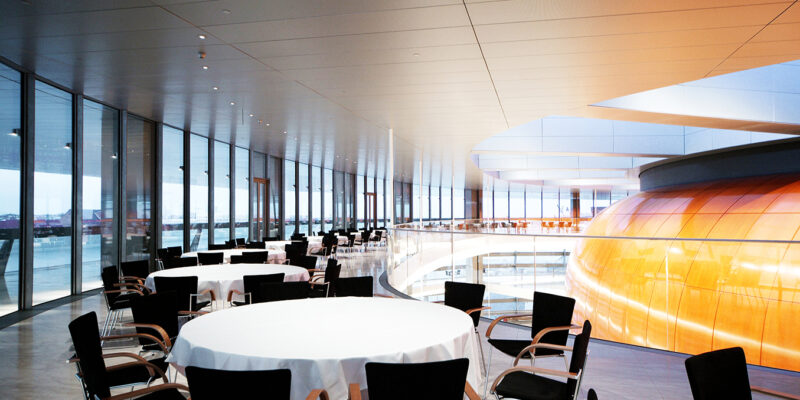 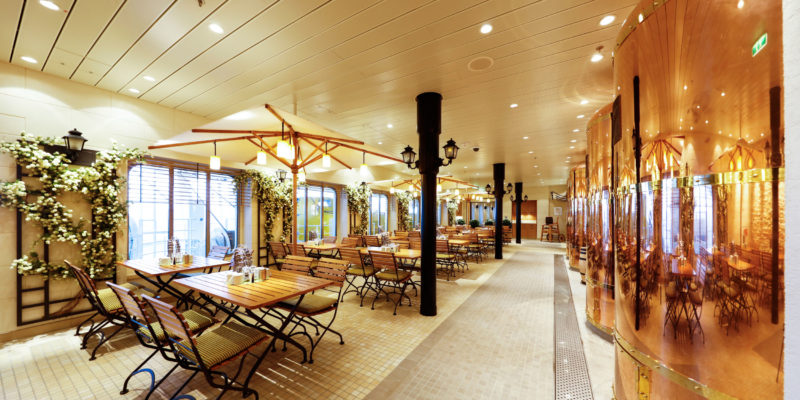 In May 2012, Chicago Metallic sells DAMPA to the Danish company Metalcolour A/S, the main supplier of steel and aluminium to DAMPA.

2013, is the year where DAMPA succeeds in creating a notable turn-around. The turn-around is accomplished by focusing on customer orientation, production efficiency and concentrating on the core business, thereby getting back to the roots of DAMPA. The same year the company is awarded a major contract for marine ceilings systems on board two of the world’s largest cruise ships to be built by Mitsubishi Heavy Industries in Japan.

In 2015 DAMPA won the award “Partner Des Jahres” from Meyer Werft, which is a quality stamp, we are very proud of. The award was given on the basis of our presentation in terms of affordability, reliability, service and quality.

With an even bigger focus on the customers, acoustic metal solutions og design freedom DAMPA is working hard to get back to our previous market shares.

In this connection, DAMPA has started to develop DAMPA 2.0, where even more focus is placed on sustainability, design freedom and a good indoor climate. The goal is to go from a manufacturing company to being an internationally recognized brand that produces architectural design elements.

The development towards a modern DAMPA is kicked off in connection with our 70th anniversary, where both new products and a whole new visual identity are launched. In addition to undergoing an image change, DAMPA continues to supply acoustic ceilings and wall panels for exciting buildings and marine.

DAMPA is facing an exciting decade, where the goal is to come back as the first choice when you want acoustic and architectural ceilings and wall solutions with the opportunity for design freedom and a great focus on sustainability and not least a good indoor climate. 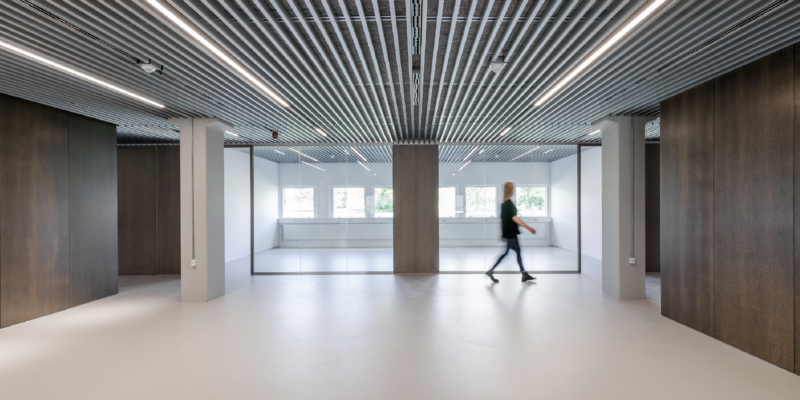 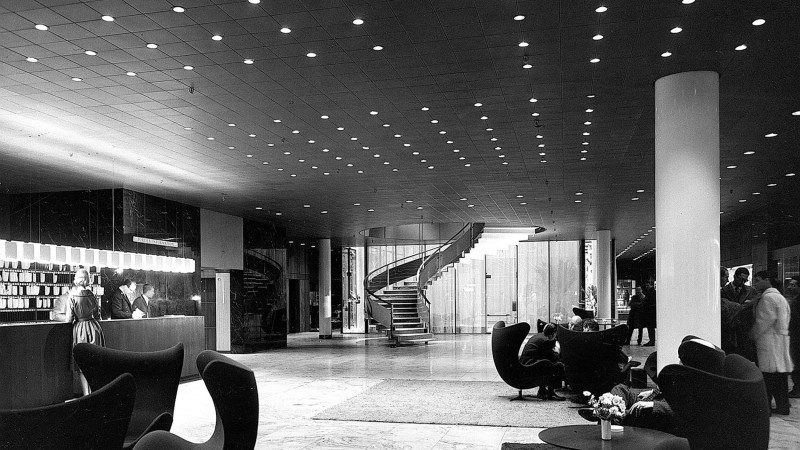 Quantum of the Seas Passenger Cruiser 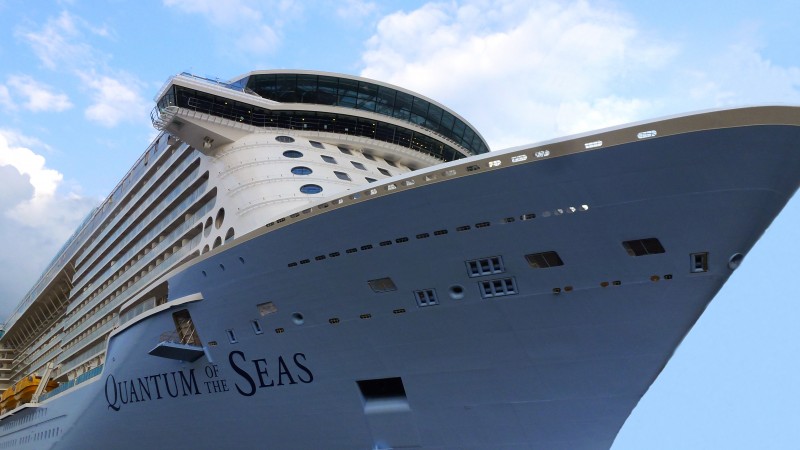 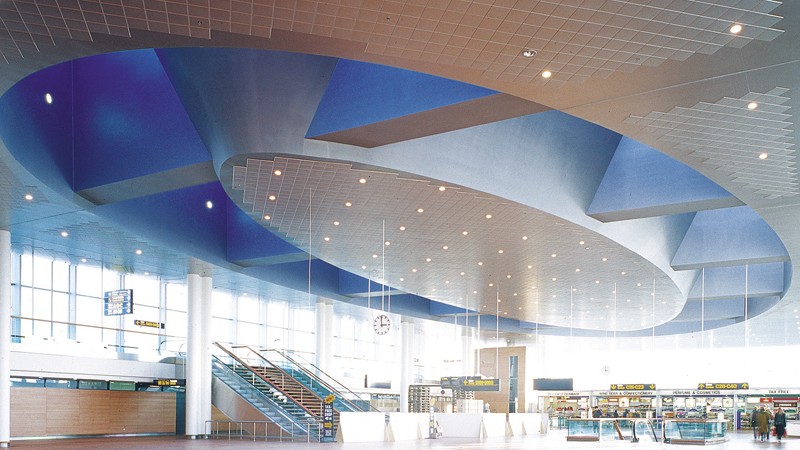