With a proud history as the World’s leading marine ceiling systems company, DAMPA Marine was close to becoming another statistical victim of the recession, as it was almost forced to close down during the crisis, until one of it’s customers stepped in. The company now plans to thrive once more. Daniel Barnes tells the story

Founded in 1951, DAMPA ApS started out life as a producer of acoustic ceilings. During its first few years, the company invented and patented a perforated metal ceiling system which became the market standard, based on license agreements all over the world.

It wasn’t until 1972 however that DAMPA became heavily involved within the marine market. DAMPA’s Continuous Ceiling System, which was developed under the IMO framework, was the first to be incorporated into the International Safety of life at Sea Regulation – SOLAS-74. The company now boasts the market’s widest range of steel and aluminium ceiling products, including perforated and non-perforated panels, in addition to tiles, suspension systems and built in lighting. 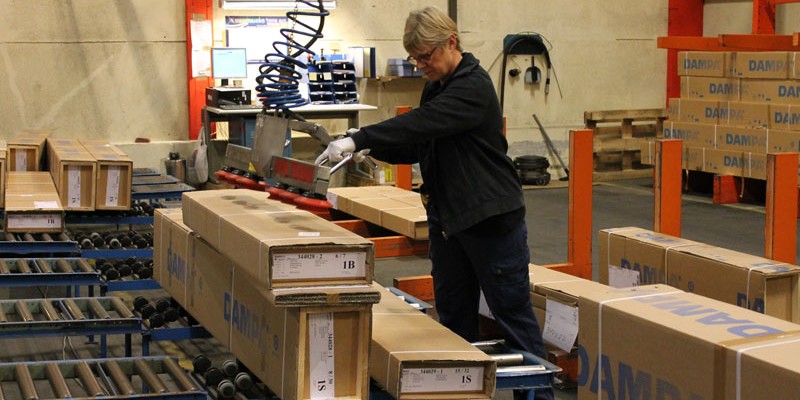 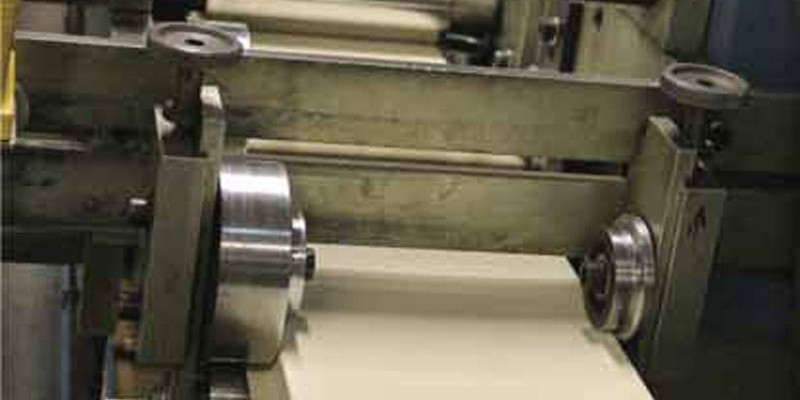 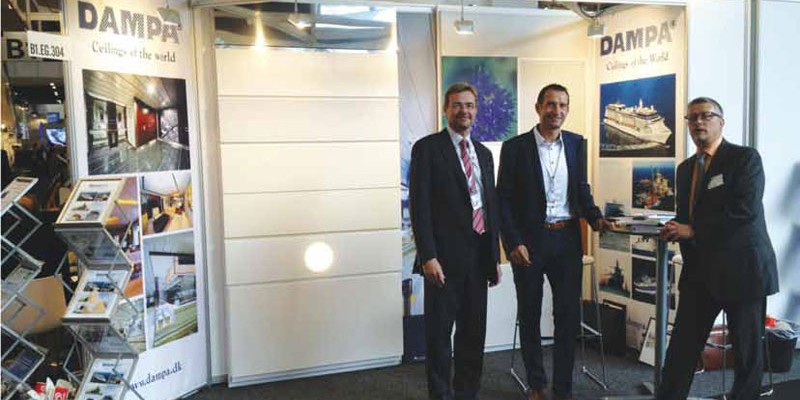 Since 1972 the Danish company based in Tommerup has delivered a staggering 4.5million metres² (and counting) of marine ceilings to more than 3,000 vessels and off-shore installations world wide.

Cruise liners and cargo vessels have been DAMPA’s bread and butter, delivering over 3million metres² of functional and fire classified lightweight ceilings to these two sectors alone. Combining their other customers within the ferries, alu crafts, naval vessels and offshore platforms, they have over 500 active marine customers spread over all continents, resulting in their recent turnover still being more than EURO 10 million. “Quality, Safety, Service and Innovation have been at the heart of the company since its inception,” said Henrik K. Andersen owner of DAMPA. “I believe this is why our customers remain very loyal to us even in difficult economic times where we may not always have the lowest price but still prove to be the best deal.”

In May 2012, DAMPA was bought by one of its main suppliers, Metalcolour A/S, the Scandinavian producer of pre-painted and laminated steel and aluminium.

“The merger was very important for DAMPA,” admits Mr Andersen, “because if Metalcolour had not taken over the company, it would have probably been part closed down and part closed off, so it was a much better solution for the company.” The partnership, Mr Andersen concedes, effectively saved the business.

The merger is still in it’s infancy but new products utilising the assets of both DAMPA and Metalcolour A/S are already available to prospective shipyards as Mr Andersen explains. “For the acoustic ceilings in public areas on ships, there’s a number of new surfaces that we are bringing to the market for the laminated side that haven’t really been on the market before.”

Two Heads are Better than One

By combining the skills, facilities and expertise of the two companies, new concepts have already been created. DAMPA has predominantly used powder and wet coatings but since the merger, it has solely used pre-coated and laminated materials. New products yes, but according to Mr Andersen, “Obviously innovation is nice but a lot, let’s say 80%, of the square metres on a ship come down to standardised products and price.”

And it’s this final point that Mr Andersen’s makes; the price; that is the main benefit the new partnership offers. “A lot of the products currently on the market were invented by DAMPA back in the 70’s and are still going strong, but of course as the years go on, there is more and more competition and the pressure to reduce prices from the shipyards is constant. So the way we have integrated the production methods between Metalcolour and DAMPA brings a lot of cost benefits, and those synergies we are already extracting just a few months into the merger.

Teaming up for the Future

With a current workforce of around 100 employees spread across DAMPA and Metalcolour facilities in Sweden and Denmark, The company is now looking further afield to attract future work and contracts.

“We are looking at a number of ideas for both geographical expansion and opening the product range further” said Mr Andersen. “We have already established a Metalcolour subsidiary in Singapore which we can also use as a springboard for DAMPA products and, with regards to the product range, we are also moving into the capabilities of delivering honeycomb aluminium panels.”

So, where next for DAMPA? One things for sure, despite the obvious constant pressure of cost reduction from it’s customers and increased competition, the company’s future looks a lot more promising than it did a year ago, prior to the takeover. With a handful of months sharing ideas and processes behind them, the opportunity for DAMPA, and its 60 years experience in the industry, to climb back up to the top of the ceiling systems pile is more than a realistic vision for Mr Andersen.

“It’s fair to say that with the joint capabilities of Metalcolour and DAMPA, there is no reason why we shouldn’t be a global leader again,” he concludes.